How The Times created the first augmented reality magazine, and how any print journalist can make one too

Print has a problem. Print is static.
With digital news platforms you can combine video and audio, interaction of all kinds, and links to all sorts of other content.
With print, what you see on the page is all you get.
Or it was.
Augmented reality changes that. It removes print’s disadvantage by making it possible to create links within printed images that open up from them into an entire digital world. It turns a static medium into a dynamic one.
OK, we know how easy it is to embed multimedia content into a website or blog.
With augmented reality you can, effectively, embed it into print.
Pointing your smartphone camera at a still image that has been turned into a trigger image for a piece of augmented reality makes that media play.
You make this possible through the use of an augmented reality app or, less sci-fi-sounding, via a digital browser.
Last Saturday (November 18) The Saturday Times Magazine (paywalled) declared it was publishing the first augmented reality supplement: 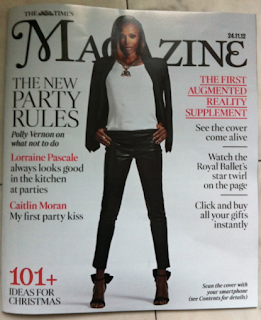 You need the right app on your phone for the trigger image to be activated and for the secondary media to be loaded.
In the case of The Times, you needed to download an app called Aurasma, which claims to be the world's first visual browser to your iPhone, iPad or Android device.
The Times used Aurasma to link still images, in adverts and editorial, to videos on the same topic, so the magazine cover, for example (pictured above), featured a figure which, when viewed through Aurasma, sprang into life via a short video loop.
What’s great about Aruasma is that anyone can use it for free, provided your application is approved. Mine was within a few minutes, so hopefully yours will be too.
In this masterclass we’ll run through the processes involved in using Aurasma to create augmented reality content of your own. We’ll cover:

Posted by Unknown at 07:26 No comments: Links to this post

Infographics for everyone: how to create great infographics using free tools, and with no design skills

Follow @andybull
You don't have to be a whizz at graphic design to create infographics anymore
A number of free tools now let onyone turn dense information into an attractive, easily-read and absorbed visual story.
So in Masterclass 53 at Multimedia Journalism: A Practical Guide we show how to do that.
But before we get to the free tools to use, we need to decide when, and why, infographics might be important to us as news reporters or storytellers.
So we'll look first at why infographics work, and what they are.
Then we'll map out some ground rules on how to tell a story via an infographic.
We'll look at the source material, the mix of stats and facts that will form the content of your infographic.
And we'll present a range of effective infographics to show what is achievable.
Then we'll build some infographics, using Piktochart, which I judge to be the best free tool.
Finally we'll look at some alternative infographic-building platforms including Infogr.am and Easel.ly.


Next: What are infographics and why use them?

Posted by Unknown at 02:21 No comments: Links to this post 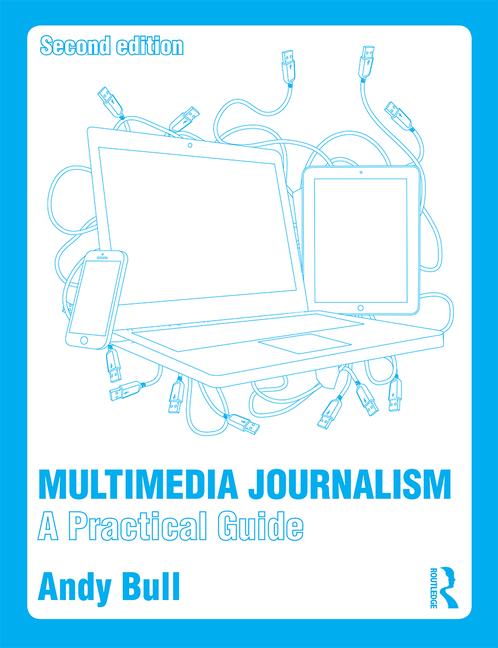